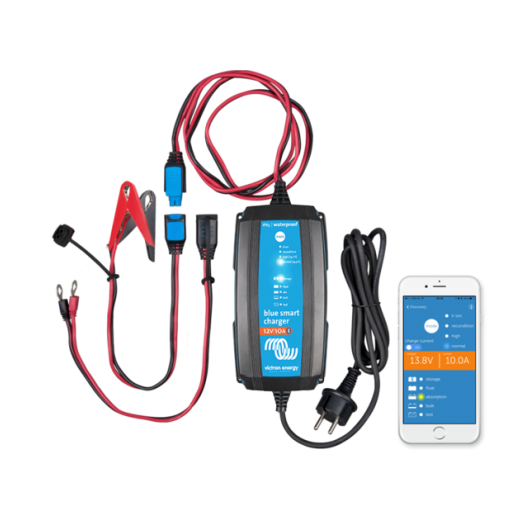 Depending on the application, clamps, eyelets or a cigarette plug (all included) can be connected to the charger.

The output current will reduce as temperature increases up to 40°C, but the charger will not fail. Output relay protects against reverse polarity connection.

In case of reverse polarity connection, the orange LED ! will turn on after pressing the MODE button.

If the red LED STANDBY remains on, even after pressing the MODE button, the connection to the battery is interrupted.

The charger always starts in STANDBY mode when connected to the AC supply.